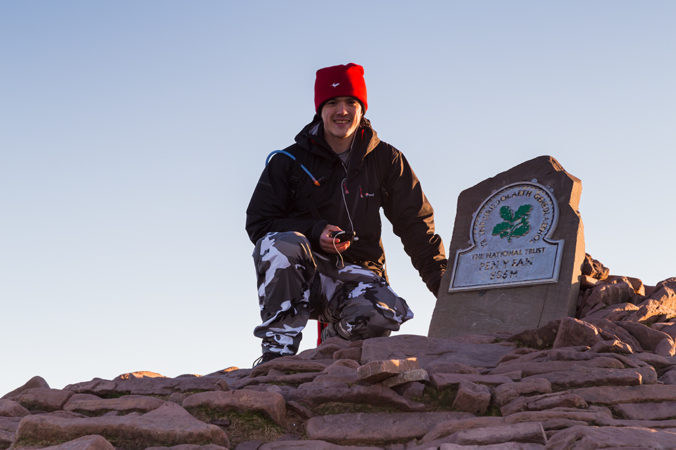 First trip of the Year to Pen Y Fan

I can’t believe it’s April already!  Usually I’ve done Pen Y Fan a few times at this stage of year.  This is my first trip to Pen Y Fan this year!

Left home at 3 am to get to Storey Arms for just after 4:15am, I saw maybe 5 other cars on the road the whole drive.  I took my time going up the mountain, the moonlight was guiding me up, no need for the head torch.  Reached the summit at around 5:30am and put the Jetboil to use – I wasn’t the first at the top!  Once my cupasoup was ready I set the camera up and waited for sunrise.  I had my hood up and headphones in so was a bit surprised when I looked around just before sunrise to find out that a few dozen other people had shown up!  I enjoyed my hot cupasoup while they played with flasks and water bottles 🙂

I’d never heard people go ‘oooh, ahh’ as the sun came up before, but experienced it today.  Did they think the sun wasn’t going to come up?  I took a few shots and wandered along the ridge getting different angles from the hoard of people that arrived.  I noticed for the first time a ledge that you can stand on to get a selfie with the view behind you; I took a few while I was there, using my phone as the remote for the camera.  Next time I’ll take the heavier tripod and get a better shot, wasn’t too trusting of the travel tripod I took today.  I took a few more selfies at the summit as there was nobody else there; I wonder if it was their choice of clothing that forced people to go back down just as they got to the summit?  Seen a few in shorts, trainers and t-shirts.  Yes it might be going up to 18C today, but not at 6:30am.

Had the traditional breakfast roll at the bottom where I was harassed by a little bird with yellow feathers.  I did spare a tiny piece of the roll as bait to get a picture, but I wasn’t quick enough with the phone to capture the bird.  I’ll get it next time (cocky bird landed on my phone as I was trying to take a photo of it). 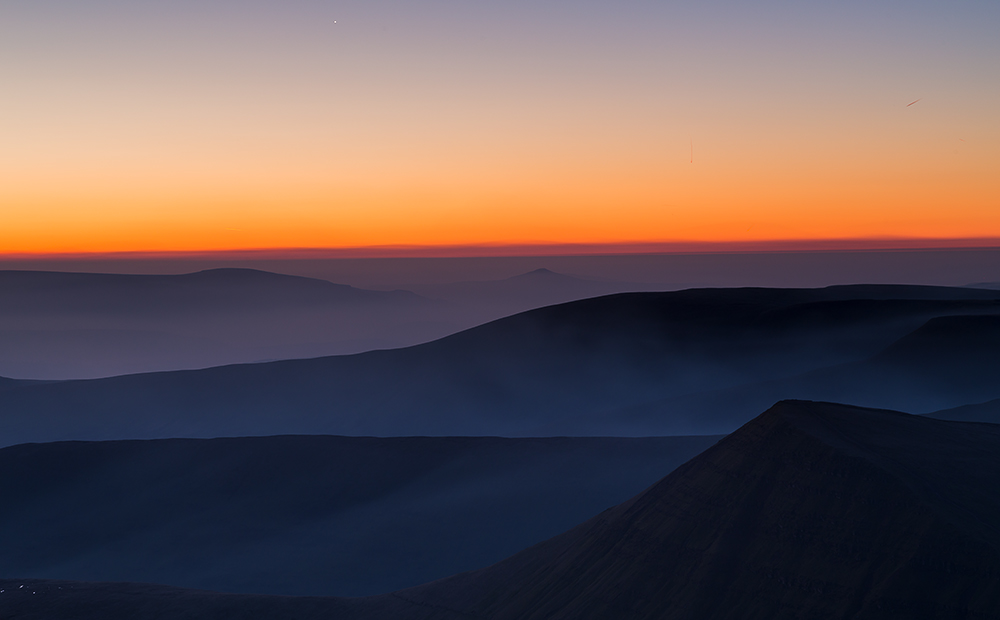 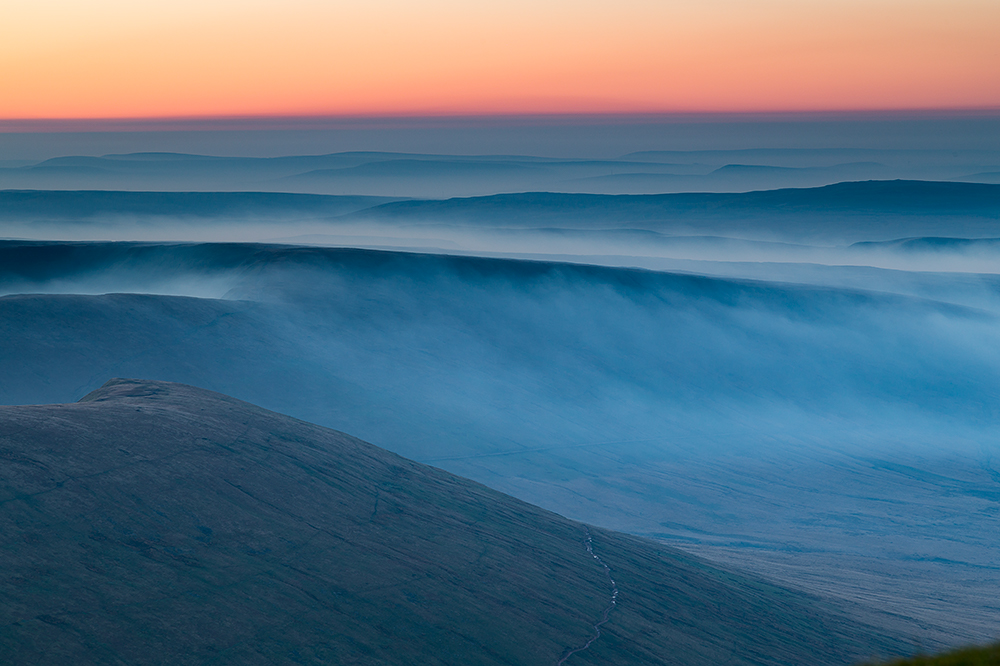 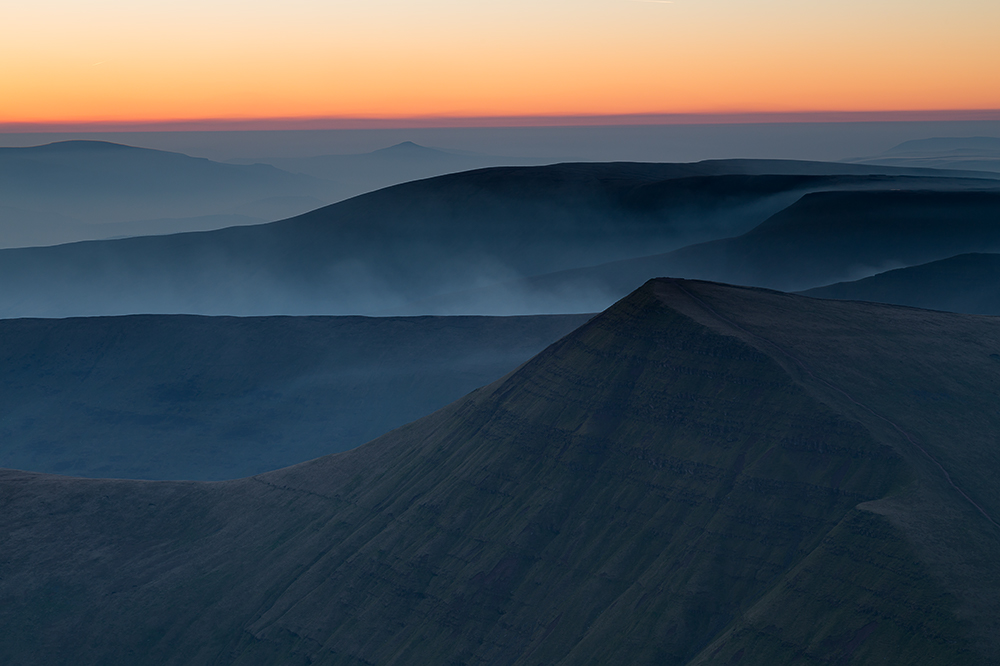 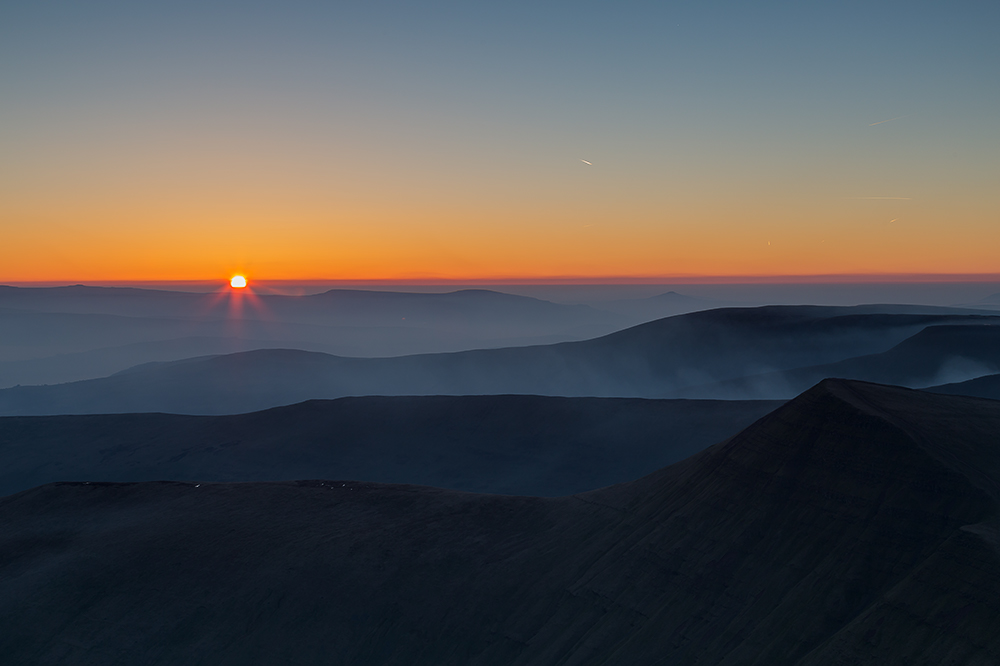 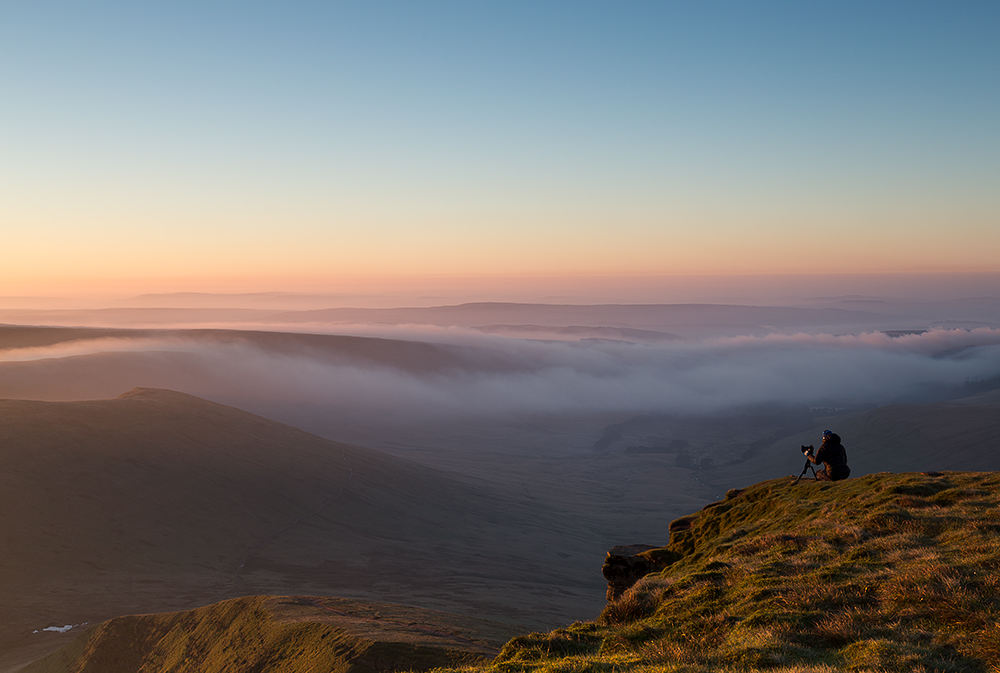 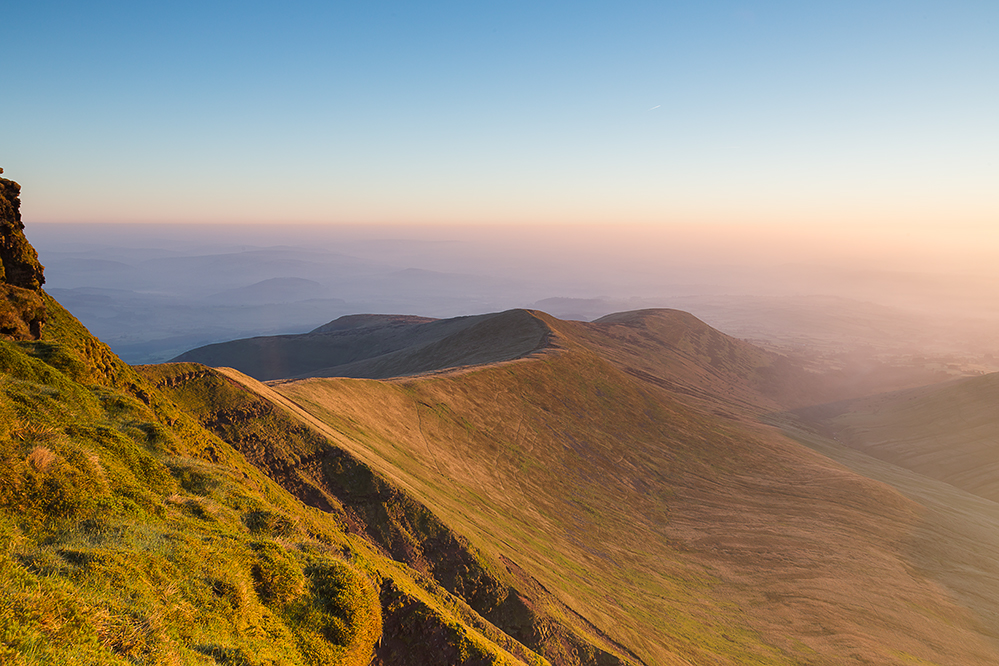 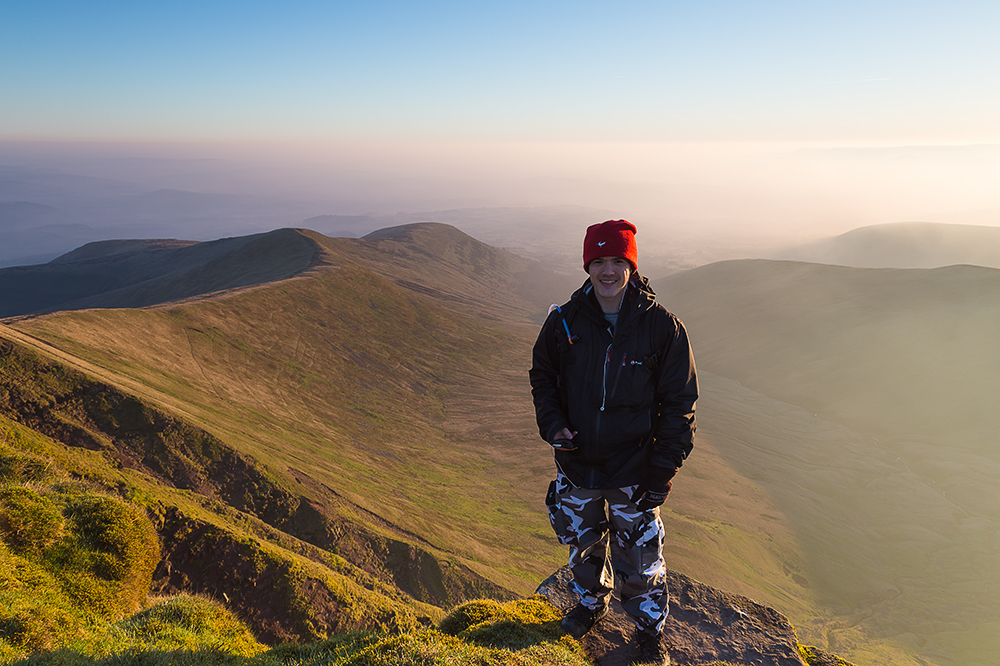 Found a ledge to stand on – bit of a drop below me. 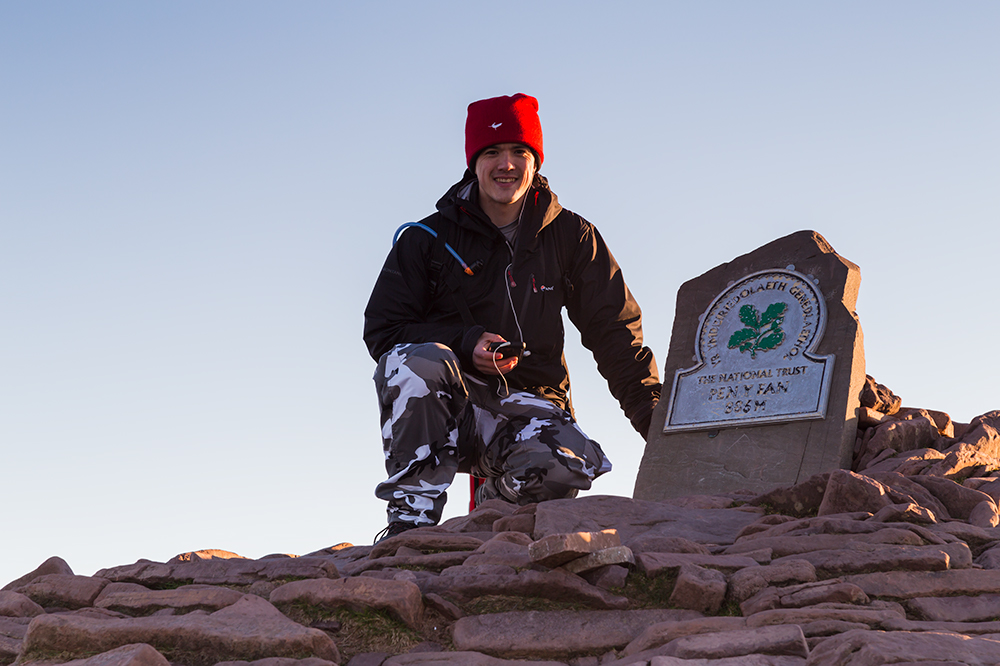 There’s a yellow thing in the sky